By Song As By Wind 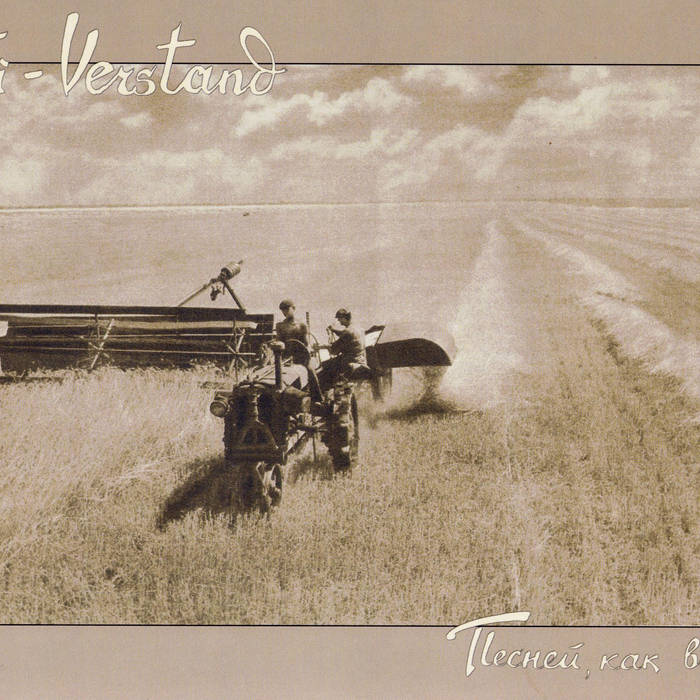 ANTI-VERSTAND - side-project of YAO 91404 D - is pretty known among adorers of Russian Noise due to tapes released by YAOP and a couple of CDR re-releases made by Abgurd and Fight Muzik.
With "Song Like Wind" the project introduces absolutely new and fresh point of view on its Art. The first recordings of ANTI-BRAIN were on the verge of boundless madness and unprejudiced aural challenge, while the new album appears to be more expressive, strict and catchy, burning with romantic-totalitarian lunacy of the best works by YAO 91404 D, e.g. "Heroes of the Coal Age" and "Key to Abyss".
Love-poetry of soviet-era, disco-songs, accompanied by a captured metal impress, soviet-era variety art, rough and rigid feedbacks, concorporated into percussive ritual noise loops and abrasive distorted tapes emerge monumental piece of art. [Press-release by Abgurd]

Digitized by Grin of INDRA.
Mastered by Strain.

Bandcamp Daily  your guide to the world of Bandcamp